Are you looking for an experienced DUI attorney in Erie or Crawford County, Pennsylvania, or in Warren County? If you, or a loved one, have been charged with DUI we may be able to help.

Philip Friedman provides legal representation in Erie and Crawford Counties, Pennsylvania, and Warren County, or anywhere in the Erie area.

We are effective and aggressive and will work to help you get results that you need, from minor to major charges, at affordable rates.

If you have a legal question, concern, or would like to schedule a consultation simply fill out the form below.
If this is an urgent matter please call (814) 250-0560. 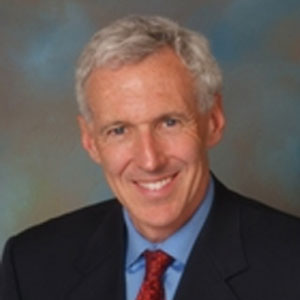 In his free time, Phil trains for triathlons and was ranked No. 1 in the United States in his age division in 2013. Phil won the gold medal in Aquathlon at the Age Group World Championships in Edmonton in 2014 and in Chicago in 2015. He also won silver medals in the Triathlon World Championships in Edmonton and in Chicago. He is a three-time national sprint triathlon champion in his age division. Phil is a former president of the Erie Triathlon Club.

Do You Need a DUI Lawyer?

Every state has some sort of "drunk driving" statute. The term "drunk driving" is in quotes because none of these laws require that you be "drunk" or "intoxicated" to be guilty. All that is required is that your ability to operate a vehicle has been impaired to any extent at all or that your Blood alcohol level exceeds the state limit (which is now .08% in all states). Some states call it DWI (Driving While Intoxicated), but it refers to the same offense. The consequences of DUI differ drastically from state to state and are influenced by your age, blood alcohol limit (BAC), whether you have been arrested for DUI in the past, and whether you caused injury or death during the DUI.

A DUI Lawyer can help...

An experienced DUI Defense lawyer can help you understand what you are up against and the fines you may be required to pay. A DUI lawyer mostly deals with DUI matters and knows the process inside and out – including options that a public defender may not tell you.

The consequences of a DUI vary greatly from state to state and a DUI lawyer will be able to explain how those consequences in your state apply to you such as (1) harsher punishments for those arrested with BAC limits over .08, (2) special laws for underage drivers arrested for DUI, (3) possible community service or plea bargaining, (4) overlapping jurisdiction of Courts and your state's motor vehicle licensing department to suspend or revoke your license, and (5) contingent license programs that allow you to use your vehicle to get to and from work.

Dealing with the motor vehicle department can be frustrating and time consuming. A DUI Lawyer can manage the process for you by completing the required forms; making phone calls; scheduling and/or representing you at a Motor Vehicle Department suspension hearing, and making other necessary arrangements.

Represent you in court

An experienced DUI Lawyer knows the ins and outs of the courtroom and may be able to obtain a lesser sentence for you if your situation and state law allows for it.

Don't know if a DUI Lawyer is right for you? Here are some general guidelines:

Definitely hire a DUI Lawyer if you already have several DUI's and receive another; or if your DUI arrest was the result of an accident or if anyone was injured; or if you are a professional driver whose livelihood depends on keeping your license.

Seriously consider hiring a DUI Lawyer if you've been arrested for a second DUI (in the same or another state) or were arrested with a BAC limit over double the legal limit as harsher penalties may apply.

You might want to hire a DUI Lawyer if you don't understand your rights or DUI laws, what you need to do, or the consequences you face. You also might want legal representation if you are in a profession (or plan to be) that requires bonding or in which any criminal conviction might prevent you from getting or keeping a professional license. If you don't know the requirements, then you need expert advice before handling the case yourself.

Type of Cases Our Firm Handles:

I handle many types of cases to bench and jury trials including DUI, Criminal and Traffic.

We Think You Should Hire Us If:

You want a lawyer who will personally handle your file and will be available for consultation afternoons, evenings and weekends. I will fairly evaluate your case and determine the most favorable course. I will not hesitate to go to trial on your case; that decision, however, will ultimately be yours.

Our Firm Is Not Right For You If:

You are looking for a lawyer who will only tell you what you want to hear. I will work with you to honestly assess the facts of the case.

If You Want To Tell Our Law Firm About Your Situation You Should:

I personally communicate with you whenever possible. If I am in Court when you call, you can leave a message with my secretary or on my voicemail. I personally guarantee you will hear back from me in 24-hours, or less - most often, much less. My office phone is (814) 453-3343 or email

The Typical Cost to Get Us to Start Working on Your Case is:

The cost varies depending on the allegation and facts of the case. A fee will be quoted at our initial consultation.

Our Clients Will Tell You That:

My level of experience, knowledge of the law, and personal familiarity with the judges, prosecutors, and system is a great advantage. In addition my personal and regular contact with clients, availability and involvement with every aspect of the case bring the most favorable results.

Our Philosophy On How We Approach A Case Is:

Depending on the type of case I like to find out as much as I can about the facts of the case and talk to anyone who can help our defense. At that time we can discuss our options. The stronger our defense appears to the prosecutor, the better our chances are of getting a favorable result.

If Yout Want to Learn More About Our Firm You Should

Mr. Friedman is both professional and very knowledgeable. Phil was very thorough and investigated many options for our defense. Our case was very complicated and difficult. Phil took us through the process and helped us achieve the best possible outcome. Phil also took the time to answer our many questions and concerns. We are forever grateful to Phil for all he has done for us.